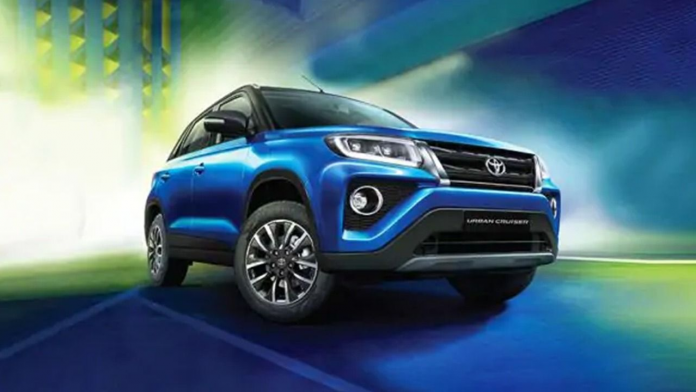 Toyota has managed to ring the bells of success with its premium offerings for MPV and SUV buyers, like the Innova Crysta and the Fortuner. But Toyota has ignored the affordable car space for years, particularly after the unsuccessful journey the Etios and Etios Liva went through many years ago. And making affordable cars is the only way you attract volumes, making dealerships fill up over time. Toyota, having initiated this with help from Maruti Suzuki, allows the former Japanese brand to get a chunk of what the Indian car market truly wants. And given the upcoming, stringent fuel efficiency norms that are set to kick in, in 2022, Toyota is forced to produce economical products. With the help of its new global alliance, Toyota is bullish about its success in India – and the Toyota Urban Cruiser fits right into a segment that’s considered the most competitive in India. Is it more than just a re-badged Maruti Brezza? We find out.

The front-end has been reworked completely by Toyota Cars, to help give the SUV its own identity. The headlights and bonnet remain the same, while the chunky new grille looks inspired by the Fortuner, particularly if one had to notice the fog light housings in the bumper, which give it a proper mini Toyota look. In Spunky Blue, it looks great. However, the bland side profile looks like the Brezza’s and the only way you can tell the two apart from the sides, is by taking note of the logos on the wheels. Even at the back, nothing has changed, except for the Urban Cruiser lettering on the chrome atop the number plate housing. The cladding on the rear bumper gets a change too, but the rest remains the same.

Everything about the Urban Cruiser’s interior remains the same, except for the new brown colour theme for the seats and fabric inserts on the door pads. The dashboard is a copy-paste job, but gets Toyota’s version of the SmartPlay touchscreen infotainment system. Touch responses are reasonably good, and the menus seem user-friendly. You can connect your phone’s internet to get restaurant suggestions or stream music and receive weather updates as well. It also features Android Auto and Apple CarPlay. On the automatic model you get an infographic on the MID, showing how the hybrid system functions.

Getting in and out of the cabin is a boon, thanks to the upright pillars and the seats that are positioned high up. Space at the rear is aplenty, and passengers will like the airiness, given how big the windows are. On the automatic model, the lithium-ion battery is placed under the front passenger seat, which unfortunately, hampers foot space for the occupant at the back. The boot is capable enough to take in a couple of suitcases, which should do the job. The quality of plastics could improve, but the seats offer good support and are comfortable to be seated on, by and large.

The Toyota Urban Cruiser, however, is sold in top variants and gets features like a 7-inch touchscreen with Android and Apple connectivity, a cooled glovebox, automatic LED headlamps, 16-inch wheels, cruise control, rain-sensing wipers, LED fog lamps. And the Brezza, surprisingly, has managed to secure a 4-star Global NCAP crash testing. We’re not so sure if the Urban Cruiser can achieve the same though, because of its reworked face.

The Toyota Urban Cruiser is powered by a 1.5-litre, naturally-aspirated petrol engine that develops 103bhp and 138Nm of torque, which is decent, but nothing flattering about. It does, however, make for good daily driving. The motor is smooth and quiet and feels quite peppy at low speeds, while speed builds at an unhurried pace. It doesn’t mind overtaking but the engine is not quick-revving. Put your foot down and the engine is more than happy to push itself. And we like the throaty sound from the motor. Its 5-speed manual ‘box is easy to use and the light clutch makes life a whole lot better in crowded cities. You also get the option of a 4-speed automatic torque converter ‘box, and feels so much better than the old AMT ‘box that did duty on the previous-generation Brezza. The auto ‘box works quite smoothly, and if you don’t have a heavy right foot, the gearbox upshifts, helping you get the best fuel efficiency possible. But if you push down on the accelerator suddenly, the gearbox gets confused and takes time to respond. We’d highly recommend the auto version for the city, wherein performance is reasonably good.

The steering is light, and the Toyota Urban Cruiser soaks in bumps well, with not much being felt in the cabin. However, confidence from the steering is lacking, particularly at high speeds. Also, read the latest car comparisons, only at autoX.

How to Make Your Teeth Stronger: 5 Things You Can Do

Getting rid of the terrible odor with the help of odor...

6 Quick tips to pick Birthday Gift for Boyfriend that Are...

How to prepare for the GRE very successfully?